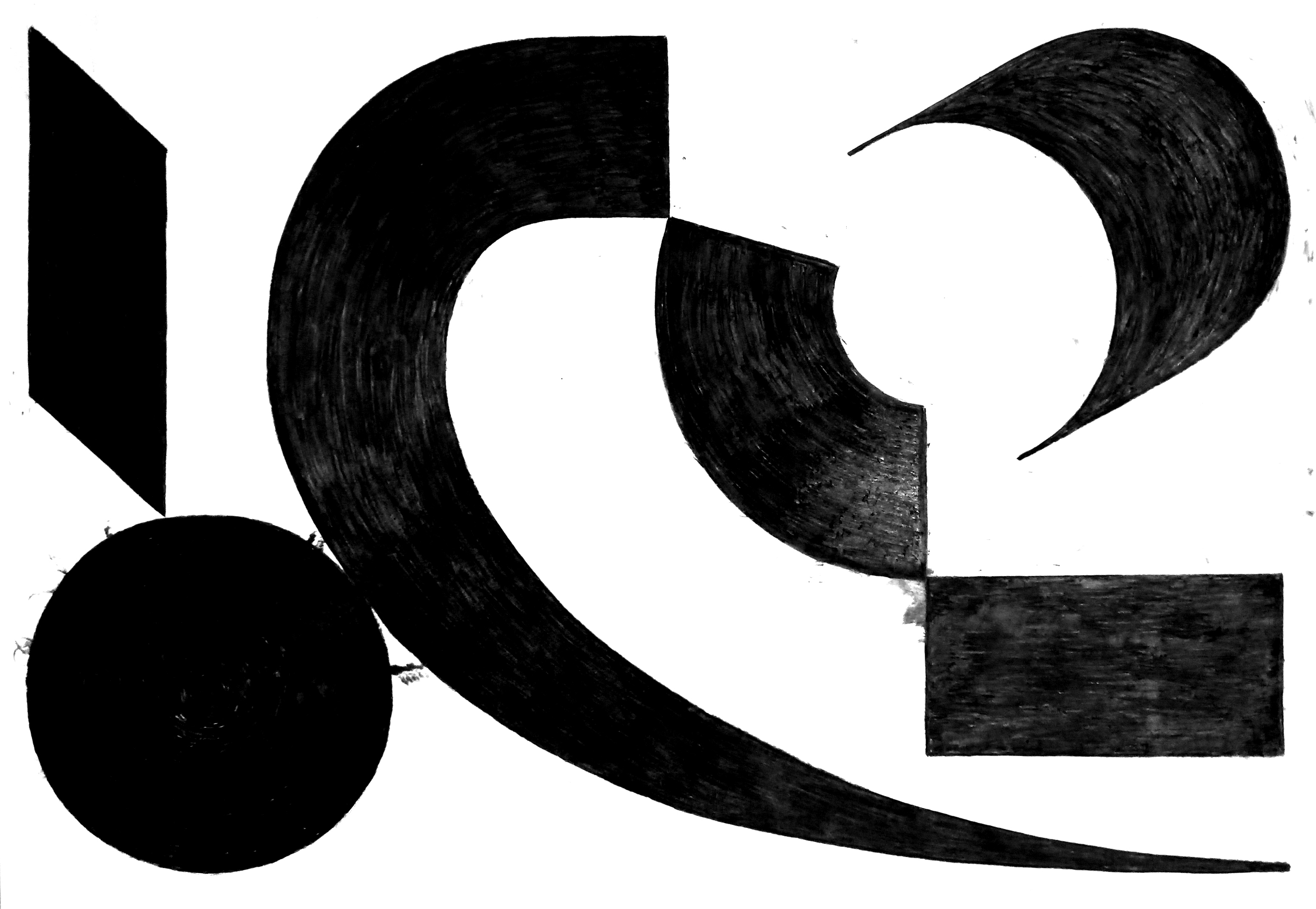 Typogaráž is an alternative space for contemporary type design, typography and book design, combining gallery space, laboratory, offering various workshops and events in a mentioned field. Typogaráž wants to fill the gap in exhibiting, experimenting, discussing and thinking about book design, type design, typography and graphic design of publications and printed matter. Another aim is to inform the public about the areas of production they encounter, but which they do not have the awareness about. Typogaráž will introduce new typefaces and books, organize talks and masterclasses, discussions and typo-parties. There are various reasons why we find the place of a garage suitable. First of all, we want to recycle and revitalize public spaces that are not used anymore. Secondly, we see a strong connection between DIY that is strongly connected to garages and a detailed work of type designers, typographers, and designers.

We are open during the events.

THANKS FOR THE SUPPORT:

24. SEPT 2020
19.00
TALK AND SLEEPOVER
KOMETA TYPEFACES (CZ)
I AM NOT FROM BRNO AND I AM NOT A HOCKEY FAN
Christian Jánský is really not from Brno and according to him, also not a hockey fan, which is exactly why he named his type foundry after the most legendary hockey club from Brno. A great mystifier, typography cynic, and most of all, a skilled and experienced designer, this sets the tone for his talk and one can only imagine the topics he will traverse and also the fruits of his sleepover—the very first of the series of mini-residencies at Typogaráž. (The talk will be in the Czech language.)

NOISE BY DOMINIK SUCHÝ
Dominik Suchý is Slovakia born but for a long time now around-the-world based electronic musician, composer, and producer, who makes and performs music as part of several projects (Weltschmertzen, Tittingur) but also under his own name. His solo act is more intimate and deeply personal and introspective dive into multilayered electronica ranging from dark and doom ambient, through drone and minimalist noise to experimental techno.

17. OCT 2020
18.00
TALK AND WORKSHOP (15.–17. OCT)
ANDREE PAAT & AIMUR TAKK (EST)
EXPERIMENTAL TYPE DESIGN WORKSHOP EXPLORING THE NOTION OF “QUALITY” IN LETTERFORMS.
Andree Paat is a graphic and type designer who runs his own type foundry named Kirjatehnika, which in Estonian means something like “technique of writing”, but Google Translate translates it as “stationery” (papiernictvo), which is also fine for us. Fresh off his stint in type design at ECAL (Switzerland), Aimur Takk is a graphic and type designer just like Andree Paat. They know each other not only because they share a mutual interest in progressive design and experimental typography, but mostly because they are both from Estonia, and to our knowledge, everyone in Estonia knows each other—especially in the field of graphic design and typography. The outcome of their workshop will be displayed at Typogaráž on the evening of their talk. (The talk will be in the English language.)

NOISE BY 00
00 aka Dorota Briestenská was born in Slovakia and is a Denmark-based art & technology student who, under the mysterious and hard-to-interpret nickname “00” (two zeroes, not two letters O), produces bedroom-made lo-fi weirdo-tronica and has never performed live in front of a wide audience, so if the audience at Typogaráž could be considered “wide”, this will be her premiere.

31. OCT 2020
18.00
TALK & SLEEPOVER
ZUZANA KOSTELANSKÁ (SK/NL)
EDITORIAL DESIGN AS A TOOL TO MAKE THE WORLD A BETTER PLACE.
Zuzana Kostelanská is an Amsterdam-based personality with a practice in graphic design, typography, composition and performance. The focus of her show & talk will be on book and editorial design and the fact that it is happening on Halloween will also be reflected. Really. She can be “crazy”. Not in a scary way… Cute-crazy. She will also present the results of her (and Typogaráž’s second) sleepover—the very unfamiliar yet popular format of two-day residencies at the garáž, where invited designers can do whatever she/he/they want in the and with the garage, as long as it is related to graphic and type design… in some way. (The talk will be in the English or the Slovak language depending on the audience.)

NOISE BY TYBOR A CHRASTINA… AGAIN!
(…AND THIS TIME NOTHING CAN STOP THEM)
After last year’s interruption by the police at the grand opening of Typogaráž, the almost-famous and self-proclaimed masters of garage and living room electronica, the one-and-only EDM boyduo and crème de la crème of the genre of calculator techno, which they double-handedly established and defined, will play their full set until its very last sound. No police officer, no angry 80-plus-year-old granny from Typogaráž’s hood, no annoyed fellows from neighbouring garages—really, no one and nothing can stop them from playing their sweet tunes now.

27. SEPTEMBER 2019
19.00
EXHIBITION OPENING: THIS IS AN EXHIBITION ABOUT FIVE ASPECTS OF EDUCATIONAL PROCESS OF STUDYING GRAPHIC DESIGN IN EUROPE AND IT TAKES PLACE IN A GARAGE, OKAY?

LIVE MUSIC BY TYBOR A CHRASTINA
Tybor and chrastina is a boyduo, that you have probably never heard of. Unless you are from Trenčín, unless you like to go to chill to the riverside, unless you like to play hakis and you like mustard crisps. Because that’s where most probably the idea to start running experimental electronic music project was created. This project reaches exactly the scale and number of the audience that fits into one garage of a size 6×2 meters.

Guilty pleasure cinema in a garage! Secret selection of movies about cars, garages and auto mechanics selected and presented by Baláž. One of the possibilities for a garage is to become an underground cinema. One of the possibilities for an underground cinema is to screen guilty pleasure movies. One of the guilty pleasures of Baláž is cars. He doesn’t understand cars, cannot repair or take care about them, he is barely capable of driving one (as a mediocre driver obeying every rule and law), but he is fascinated by them as an objects of fetish, power tools, killing machines, representations of speed, freedom and escape. And therefore he loves movies with cars in them. And garage as a sacred place and temple of cars can be now also temple of movies.

Bit of mathematics, bit of geometry and moving letters as a result. Come to get some new knowledge to this talk that is mainly for students.

The current written script, which has been used in Slovak schools for almost 100 years without significant changes, is known to every teacher, pupil and parent. In a modern approach to teaching, however, it is reaching its limits: it is not suitable for left-handed as well as pupils with learning, reading and writing disorders. The current script is not digitized, which complicates the work of teachers and publishers in the preparation of teaching aids. For these reasons, we have digitized and modernized the school script together and adapted it to the left and pupils with learning disabilities. In order to make it easier for teachers, parents, graphic designers and publishers we decided to make our new school script available to everyone for free.
www.skolskepismo.sk

THIS IS AN EXHIBITION ABOUT FIVE ASPECTS OF EDUCATIONAL PROCESS OF STUDYING GRAPHIC DESIGN IN EUROPE AND IT TAKES PLACE IN A GARAGE, OKAY?

The exhibition focuses on typography and graphic design studies from a student’s point of view at different European universities. The exhibition describes and compares the whole process–starting with an assignment (in some cases self-developing of an assignment or a research area) ending by a result. The exhibition wants to analyze the factors that influence the student during his studies the most. The whole school (not only university) system is a long process that screws every student through. At the beginning of studies, every student starts more or less from the same position. The main goal is to name and investigate the differences of the processes at different universities offering typography and graphic design education. We have chosen five main keywords that influence the student while working on the assignment and that give structure to the exhibition: space, time, people, resources and methodology.

Exhibited works are the result of a selection made according to the answers to the questionnaire that we have sent to the students. Texts can be found in the exhibition catalogue. 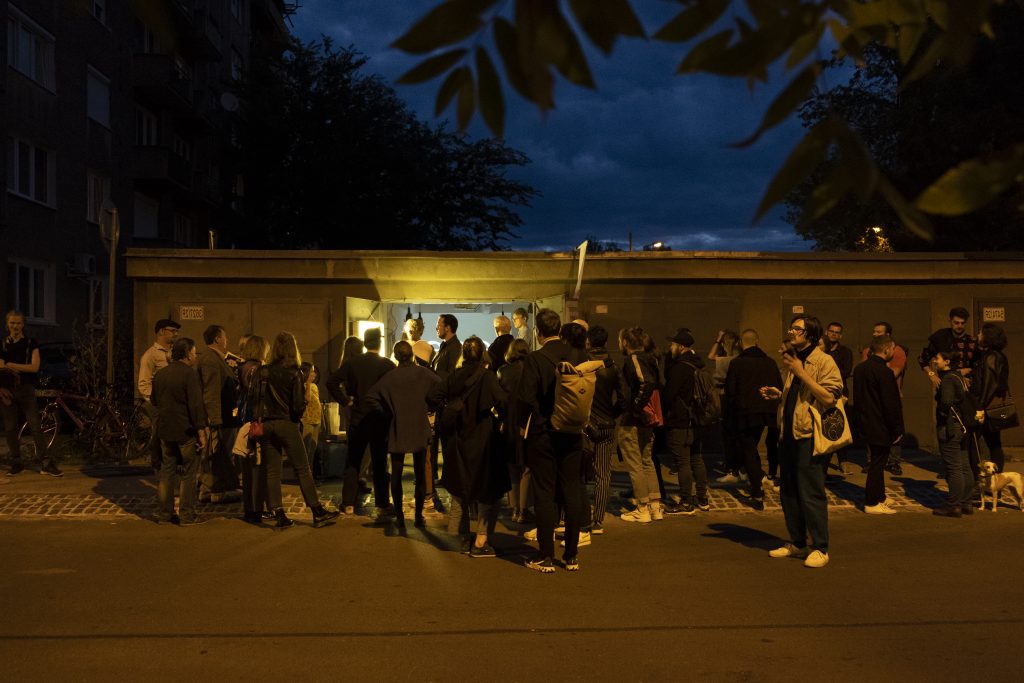 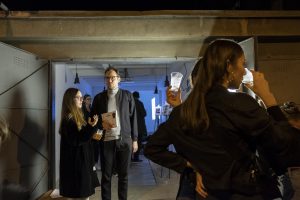 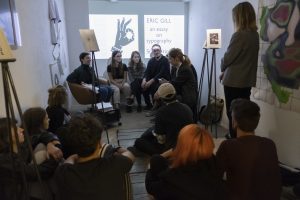 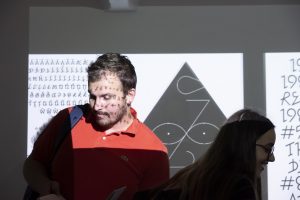 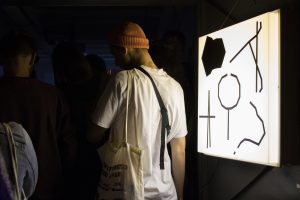 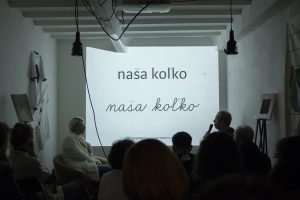 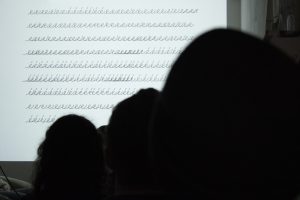 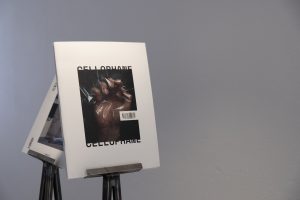 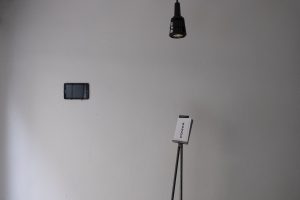 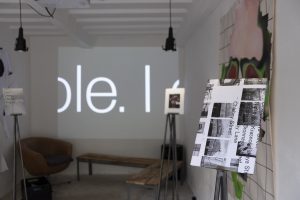 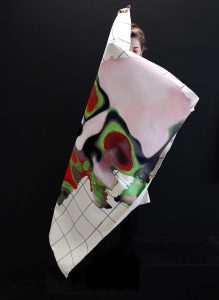 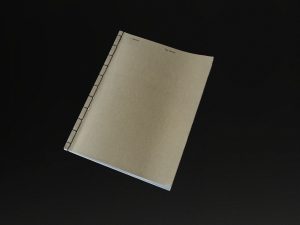